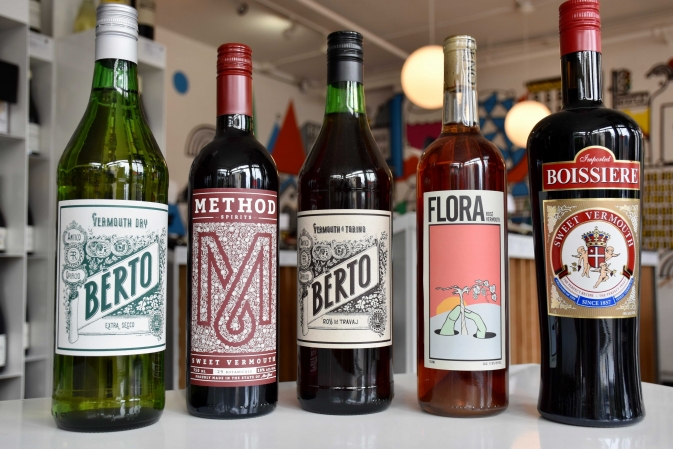 Vermouth—we see it stocked in almost any wine & spirit shop, or gracing the beverage list at our favorite restaurants. But what exactly is vermouth? It is both a fortified wine that has been aromatized with botanicals. Confused? Let’s take a step back:

An aromatized wine is a subcategory of fortified wines, when the wine-based is further enhanced by botanicals, herbs or spices: citrus, cinnamon, cardamom, anise, juniper, quinine, clove, coriander, nutmeg, chamomile—the possibilities are endless! (And the exact ingredient lists are highly guarded by their makers!)

Stop by Tipsy to try out both sweet and dry vermouth, and a new fan favorite—rose! Try vermouth on its own to engage with both its bold and subtle flavors, then explore the infinite amount of cocktails, enhanced by the addition of the spirit chameleon!