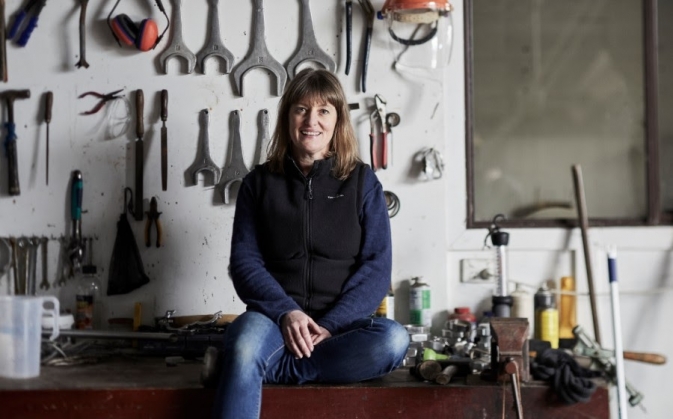 We shine a light on both winemakers that are new to the game at Tipsy, as well as industry veterans that showcase winemaking traditions through their bottles. Kate Goodman has an especially enviable résumé in the wine-making world, and she incorporates Australian wine-making traditions at it’s best!

Kate’s career spans over three decades—in an interview with Winespeed, she shared that she’s tasted over 30,000 wines during her career, and that she was named Woman Winemaker of the Year in Australia in 2018. When asked what led her into winemaking by WineEnthusiast, she said:

“I fell into winemaking by accident. Having studied biomedical science at university, I rapidly worked out it wasn’t for me. I investigated other industries that would utilize fermentation and microbiology. I found wine, completed a harvest and have basically never left. I like to joke that I was into fermentation before it became cool. Winemaking allows me to connect the dots between nature and life.”

In the same interview, Kate shares her experiences as a breast cancer survivor, industry innovator as a woman, and winery consultant across the globe. She’s an incredible woman and we’re thrilled to support her craft. Stop by Tipsy, or pick up a bottle of Penley Estate Coonawarra online for delivery today!