Our spirited spirits expert who knows the industry from every corner!

Diane often says she’s experienced the Spirits Industry from all sides – participating in the drinking of it, cocktailing with it, selling it, teaching it and producing it! She started bartending in Alabama over 20 years ago; then, in 2002, she moved to New York, becoming, in 2007, the Bar Manager and Spirits Buyer at Bowery Poetry Club in Manhattan. In 2011, she received her Advanced Certificate from the Wine and Spirits Education Trust and started teaching classes in local retail wine shops; and since 2013, she has worked at New York Distilling Company in Williamsburg Brooklyn, under Allen Katz, a noted cocktail and spirits educator and historian, and Tom Potter, the co-founder of both New York Distilling Company and Brooklyn Brewery. Diane is now the Director of Tours and Customer Education and can often be found in the distillery teaching people about Gin and Rye Whiskey. When she is not at the distillery, you can find her in her Bushwick, Brooklyn basement studio working on fiber and mixed media art. 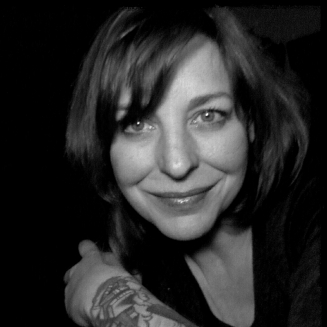 Perfect for both cocktails and sipping. You’ll find juniper berries, floral, fruit, citrus and spice tones that will elevate ANY cocktail!

My go-to party sipper! Mr. Katz’s is an infused Old-Fashioned in a bottle made with NYDC’s locally made Rye Whiskey. Add ice and enjoy!

Herbal, sweet, boozy and DELICIOUS! Great in cocktails, but I LOVE sipping this on the rocks.