An artist with gourmet dining & wine knowledge to boot.

Rebecca has worked in New York dining since 2002. She has over a decade of experience working for restauranteur Ken Friedman and the James Beard Award winning chef April Bloomfield in their Michelin-starred restaurants. In 2012 she earned both her Intermediate and Advanced Certifications from the Wine and Spirits Education Trust. Rebecca began as a sommelier under the direction of Carla Rzeszewski at the Breslin Bar and Dining Room. She is currently at the Spotted Pig, where she has worked since 2004, under the direction of Scott Baker. In addition to her passion for wine, Rebecca is a Brooklyn based sculptor, who has shown her work in New York, Los Angeles and points in between. 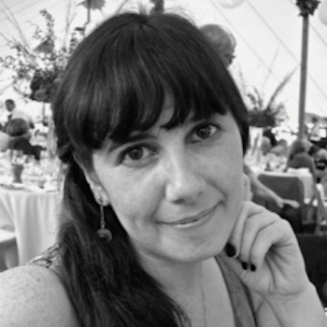 Gamay is always close to my heart: pretty and floral yet brooding, and so easy to pair with a variety of foods.

Think summer picnic. If you’re not familiar with wines from Greece, this is an excellent place to start; it leaps up out of the glass!

A great stand in for Champagne, at a fraction of the cost! It’s made in the same method, giving depth of flavor and complexity.