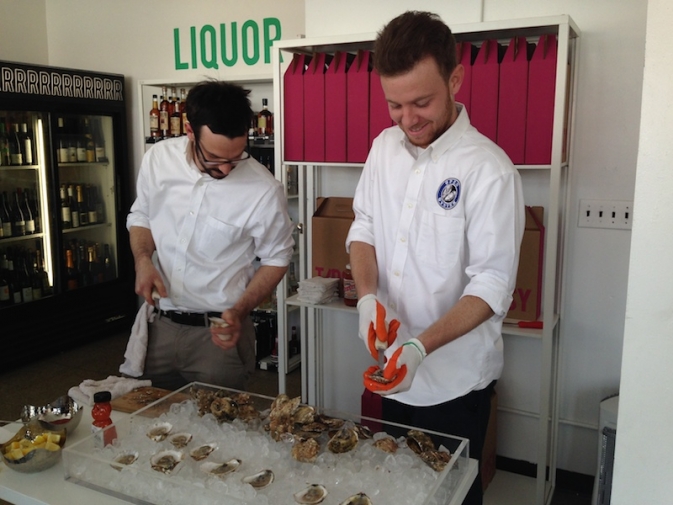 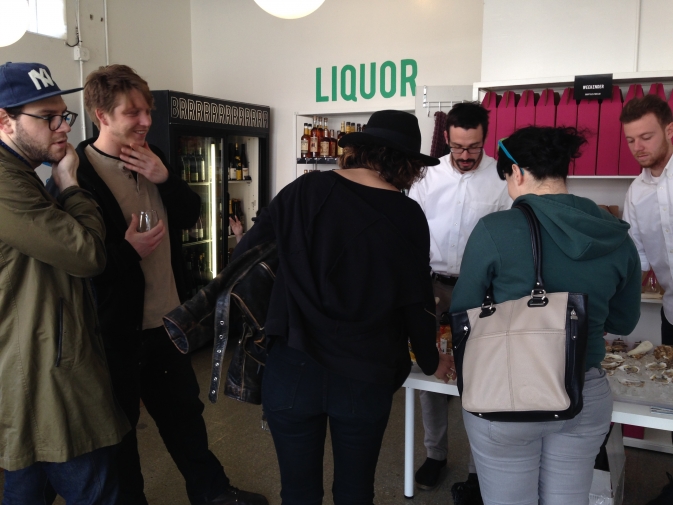 Last Saturday we brought in raw bar caterers, Open Oyster, and had a slurping good time. They shucked some amazing Fishers Island oysters—we have to say, they were the best we’ve ever had—and we washed all the goodness down with some French bubbly (what else?), our Veuve Ambal Cremant de Burgogne ($12). And believe it or not, wine and oysters actually have a bit in common. Like wine, the flavor of oysters is influenced by their terroir, that is, where the live, the salinity of the water, the silt in it, plus a ton of other factors (that’s right, both grapes and these shellfish are a bit finicky).

In addition to serving up fresh delicacies, the team at Open Oyster are environmentalists too. They started the Billion Oysters Project, a venture to return oyster reefs to the Hudson River by depositing the leftover shells back into it. These guys have a special place in our Tipsy hearts.