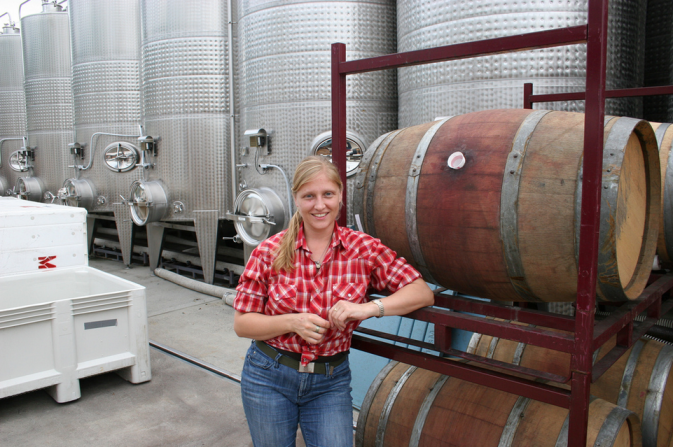 As part of Women’s Month, we at Tipsy want to shine a light on our favorite women wine and spirit-makers, whether they’re new to the game or industry veterans.

Alie Shaper of As If Wines went from being an engineer designing fighter pilot helmet displays to the military to founding New York City’s first urban winery. After her work for a San Jose military contractor, she returned to New York and began a career in wine, working first in a tasting room in the Hudson Valley before working at a retail wine shop in Manhattan, and eventually as a harvest worker in Long Island’s North Fork growing region. Eventually, we went on to found Brooklyn Oenology, the first urban winery in New York City.

Now, she makes wines under her label As If, which includes the wines Gratitude, Serendipity, Persistence and Courage, named for her guiding principles. Her Gratitude Pet Nat, which was inspired by Shaper’s mother who passed away in 2018 is a fresh example of both an orange and natural wine, with hints of grapefruit, peaches, almonds, and honey.

“I truly believe that so much of our happiness in life can stem from our sense of gratitude, and gratitude is a choice that each one of us can make,” Shaper said in an interview with Dcanter Wines. “This is a thing that is easier to say and acquire by some, because circumstances and backgrounds are not the same amongst everyone…but I hope that Gratitude can inspire it.”