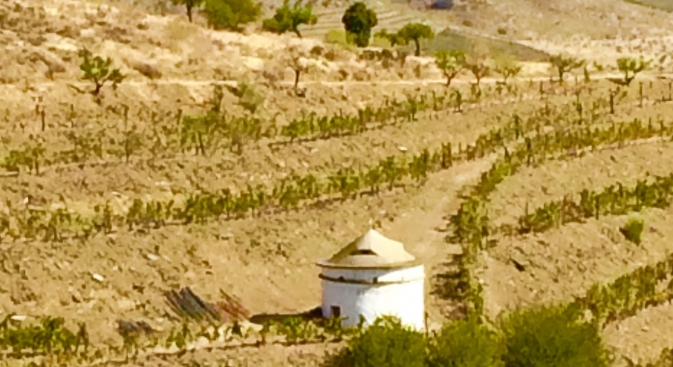 The terraced vineyards and a peculiar white silo-like building. 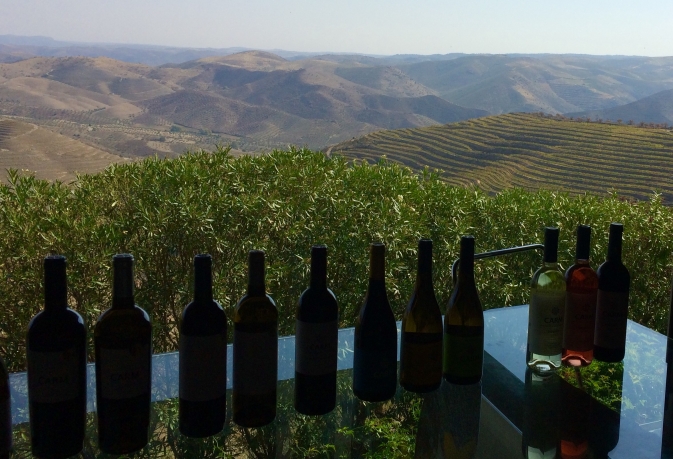 The tasting room, overlooking the vineyards. 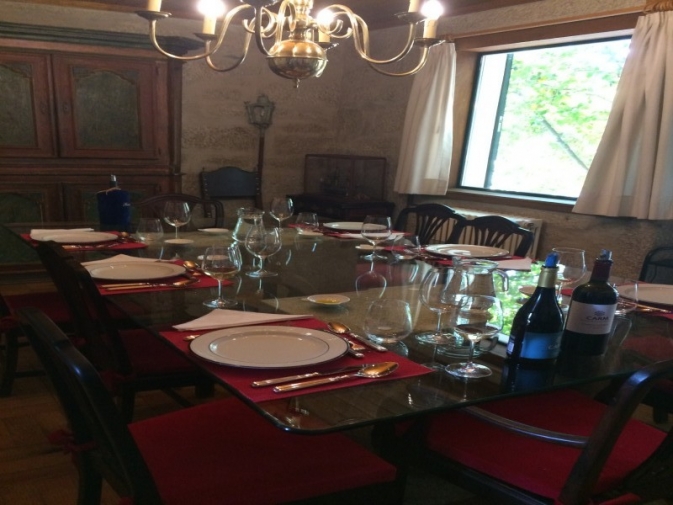 This past October, our beloved clerk, Chuck, took a much deserved vacation. When wine is your job, it’s a challenge separating work from leisure! Check out Chuck’s write-up about visiting Portugal’s CARM (Casa Agricola Roboredo Madeira) winery below:

“João Roboredo, who handles marketing and sales in Portugal, and Antonio Ribeiro, the winemaker, gave us an extensive and fascinating tour of the winery, its history and the wine making process.

The 2017 harvest was just completed about a week before we arrived, as is evident in the photos. While it has been an unusually hot summer (it got up to 119 degrees Fahrenheit the day we were there - October 12), CARM did not experience any of the devastating fires which were evident throughout our 2.5 hour drive through the Douro River Valley.

The second photo of the gallery shows the terracing of the vineyards. We asked João what the white silo-like buildings were that are ubiquitous throughout the Douro. After much stumbling for the correct words, João said “Excuse my crude language, but when this was a very poor region, farmers built these buildings to attract pigeons. The pigeons would put their heads in the openings at the top with their asses hanging out. The farmers would then collect the pigeon shit to fertilize the crops.”

The third photo is in the wine making facility, overlooking the same vineyard seen in the previous photo. The border with Spain is about 5 km to the east, the furthest mountain ridge at the top right of the photo. Due to the extreme terracing, all grapes must be picked by hand.

Following the tour, we were taken to the home of Celso Madeira, João’s uncle, who has a degree in Construction Engineering from the University of Porto. In 1966 he left private practice to return to the family vineyards and modernize the operation, planting the first terraced vineyards in the Douro Valley with a tractor. In 1995, he converted the vineyard to organic production. (We did not meet Celso, who is 90 years old. He had gone to Porto for a few days to visit his 60 year old girlfriend!)

Also in 1995, João left his marketing position with a major Portuguese company to return home to Almendra and the family vineyard - his birthplace - to take an active role in marketing the family enterprise.

The next course was a soup course of caldo verde, a green soup of kale and potatoes. The wine was CARM Reserva Red, twice rated in the top 10 by Wine Spectator.

The main course was roasted veal with roasted potatoes (ubiquitous in Portugal), rice and a broccollini-like vegetable served with CARM Grand Reserva Red that we sell, followed by dessert: honey cake drizzled with Roboredo honey and lemon curd.

After more than five hours at the winery, we returned to Porto.”

While we already carry the CARM Grand Reserva Red ($42), Chuck’s trip convinced us to also bring the following into the shop:

CARM Reserva Red ($20)
A dark berry delight to spice up your life.

They’re now available in store and coming online in the near future!