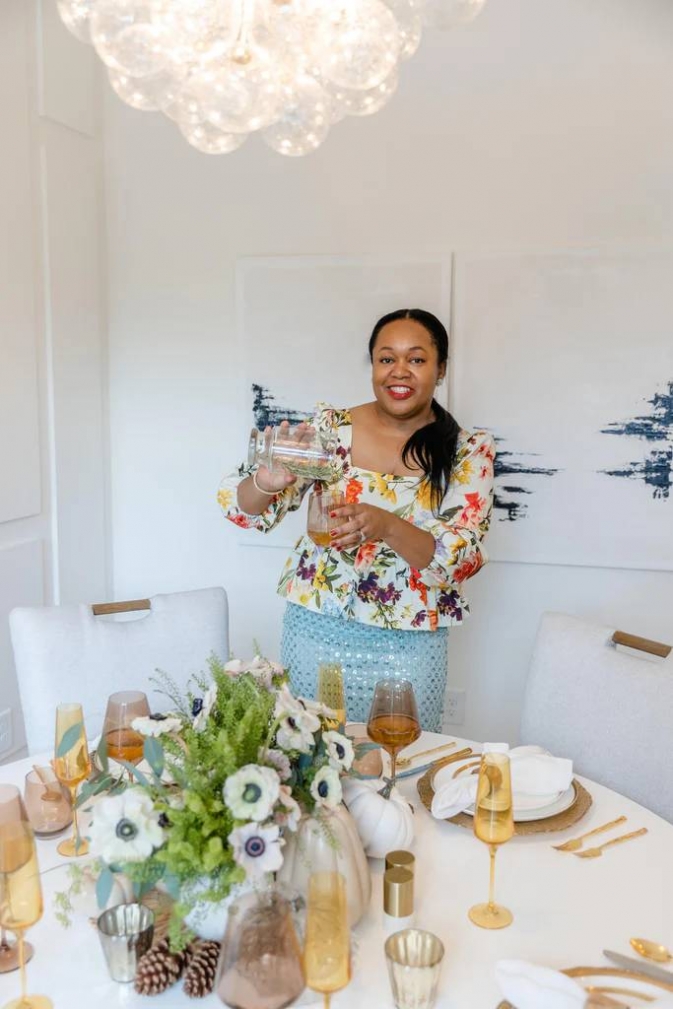 Stephanie Summerson Hall was inspired to start Estelle Colored Glass by her memories of her grandmother, Estelle, known affectionately as “Big Mama.” When Stephanie was growing up, she would often join her grandmother in the summer months on many antiquing treasure hunts. Among her grandmother’s many treasures, it was her collection of colored glassware that Stephanie fell in love with.

Fast forward many years later, Stephanie, who had previously worked in law, had just recently become an entrepreneur, in order to focus on her newfound role as a mother. Looking to spruce up her family home, she of course found herself looking for antique glassware, reminiscent of her grandmother’s. Stephanie quickly realized that the aesthetic that she was looking for only seemed to exist on the secondary market—this was her breakthrough.

Estelle’s elegant heirloom pieces are as much of an homage to the woman whom they are named after as they are resplendent treasures of today. They serve to reinforce “Big Mama’s” memory, as well as create memories of their own.

You can find our own collection of Estelle Stemware at Tipsy.