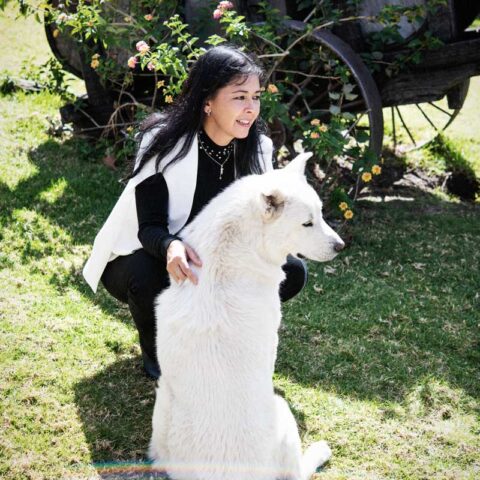 As part of Women’s Month, we at Tipsy want to shine a light on our favorite women wine and spirit-makers, whether they’re new to the game or industry veterans.

Melly Barajas Cárdenas started distilling tequila more than two decades ago, after a family trip to Mazamitla, Mexico, when her father told her he one day wanted a tequila named after him.

She was working as a successful clothing designer in her hometown of Guadalajara – but nevertheless made it happen – eventually starting her own distillery in 1999. At the time, only eight or nine of the country’s tequila producers were women.

“To be a woman in this industry requires a lot of work,”Barajas Cárdenas told The New York Times in 2018. “It’s a man’s world. When I started, people told me: ‘A woman in this industry? You will not make it.’ I grew off of those comments.” Now, Cardena’s distillery – which is produced by the LA-based company La Gritona – is comprised entirely of women, from the people working in agave fields doing backbreaking work cutting the agave to the fermentation process.

Cardenas runs her company differently than many other distilleries, prioritizing a slower process to create a higher-quality tequila. For example, she uses masonry ovens made from the soil where the agave is planted instead of industrial machines and doesn’t push the fermentation process along with additives. All of the packaging is made in Mexico.

Read more about Cardenas in The New York Times . You can buy La Gritona ($36) at Tipsy.